Dr. Kim’s World Taekwondo Academey was founded by Grandmaster Tiger Kim. Grandmaster Kim is one of the leading Taekwondo instructors and educators in the world. The leader of our organization in Grandmaster Kim, who also founded the University of Kentucky Taekwondo Club in 1990. Grandmaster Kim served as the head coach of the UK Taekwondo Club. He has earned international recognition for his Taekwondo skills and teaching methods and directs all of his efforts to bringing the benefits of Taekwondo to the bluegrass community in Kentucky.

Grandmaster Kim opened Dr. Kim’s Taekwondo Academy in 2010 to introduce the true meaning of martial arts to people in Kentucky. He focuses on not only the physical aspect of Taekwondo, but also the mental aspect which is an important aspect for children as well as adults today. He always tries to teach his students to respect others in a fun environment.

Grandmaster Kim married Dr. Sue Kim, M.D. and has one daughter, Krystal, and one son, Kai, who take the martial arts classes to improve physical fitness, self-defense techniques, and valuable life skills to enrich their mind and body.

Grandmaster Kim has strong interests in teaching special needs children and children in the public/private school systems. He has been teaching and volunteering to the students in the public and private schools to introduce the benefits of Taekwondo in the bluegrass community. In the past, he taught Taekwondo to more than 5,000 students annually in terms of field day, physical education, and health/fitness classes. Also, he has been teaching an after school martial arts program regularly at Rosa Parks Elementary over ten years.

Where To Find Us 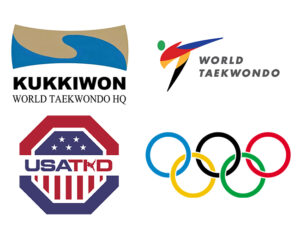